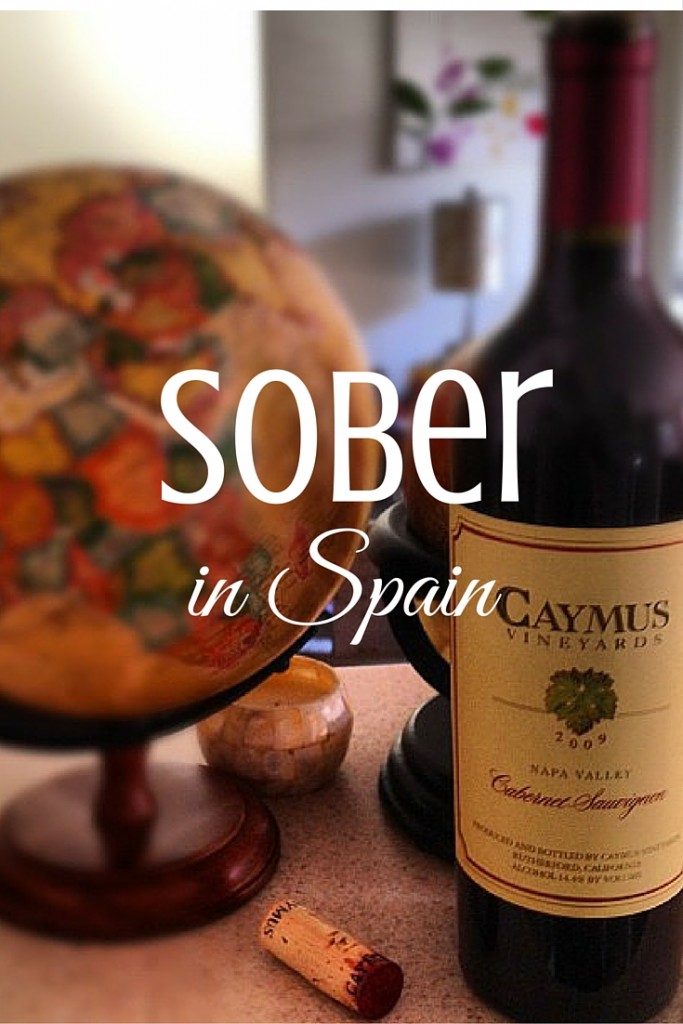 “So, my good friends are leaving tomorrow, and then it is basically just me … alone in Spain,” I explain to my therapist. “I know I’m going to be so lonely.”

She listens patiently, casting a sympathetic glance at her computer screen, thousands of miles away from me. I sit, sprawled on my bed in Madrid, Lucky in my lap, as I fight the fear of once again being alone in a foreign country.

It’s a shitty feeling, sometimes, being an expat and starting a new life in a foreign land.

“What are you going to do?” she asks me from Las Vegas.

I ponder for a moment, looking down and stroking Lucky’s soft orange and white fur. I sigh.

“I guess I can just focus on me,” I announce. After reading The Power of Now, I’ve had a reawakening of sorts, getting out of the mindfuck I constantly let play out in my head. “I can work on being the present and working on me and becoming comfortable with me.”

I quickly calculate how long it will be until my friend returns to Spain.

“So, it’s like 40 days of really only having one or two people in my life. And they have lives, so I need to learn how to operate without looking to anyone else for entertainment or my happiness.”

We disconnect from Skype and I feel … better. Not great, but better. Resolved. The next 40 days will be about me. If I’m alone, it is because I choose to be alone. Not because I am alone.

That night, over wine, I tell my Madrid friend about my plan.

“I guess I will just focus on me?” I muse, sipping my wine.

The next day, he messages me. “I’m doing this with you. Let’s not drink starting now. Eat clean. Work out. I’m in.”

Wait. What? Not drink? Eat clean? Work out? 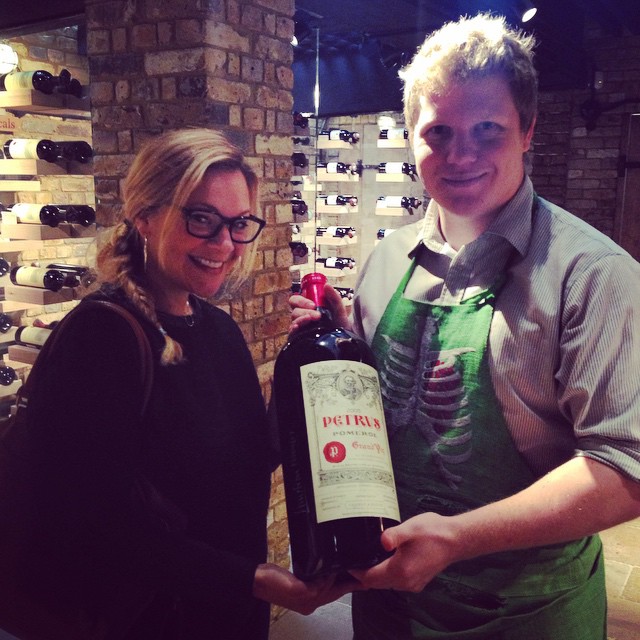 Me and my best friend. And the guy who works at Hedonism in London.

I think to the pizza I was dreaming of ordering in a few hours. The wine I was going to buy to wash it down. A weekend of lazing around … because I can. Forty days with no pizza? With no wine? What the actual fuck is that?

“We’ll start Monday,” I type back.

And, he’s got a point. Over the weekend, I teeter. I don’t drink, I don’t work out, but I order pizza as my parting comfort food for the next bit.

Can I really go a month without drinking? Since I’ve been of legal drinking age (and before), drinking has been a part of my life. Going out with friends? Beer. A girls night-in lamenting about being single? Wine. A party? Shots. Hell, the longest I have gone without booze was a few months earlier, and that only lasted two weeks. And that was because I was in Delaware with my parents and they don’t really drink. A month? In Spain? Yeah, right.

That Sunday night, my friend and I meet at an intercambio. I arrive early.

If I get one glass of wine before he gets here, he won’t know. Plus, it’s an intercambio. Everyone drinks. I have to have a glass of wine if I’m going to be social.

As I’ve gotten older, I’ve grown more introverted. The idea of massive gatherings with people talking from all directions actually gives me a knot in the pit of my stomach. I’ve never done a gathering like that without alcohol to alleviate that feeling. Even in small groups, I tend to go off in my own mind when things get too hectic. The idea of being at an event like this without alcohol makes me not want to even be there.

Yet, for some reason, I don’t order the glass of wine. I’m not sure if it is because I don’t want him to disapprove, but I know part of it is we’ve got a deal, and I want to hold up my end … even if I don’t want to.

When he arrives, he asks if I’m getting wine.

“No,” I sigh, scowling. “I’ll have a stupid fruit smoothie.”

You know what? I make it through that intercambio without a drop of alcohol.

Getting through the week without going out to drink is pretty easy. I’ve got him, and he’s not drinking, so instead we go out and drink water and just talk. It’s a weird feeling at first. People look at me when I decline a drink.

“Seriously?” They ask, and then try to convince me to have just one glass of wine or beer.

“Nah,” I always respond. “I’m not drinking this month. I’m getting healthy.”

The more I say it, the more I believe it. Suddenly, I’m hitting the gym five days a week, doing at least a spin class every day, and then arms/legs a few times a week.

I look in the mirror and watch as my face grows thinner. As the alcohol padding around my stomach begins to whittle away. As my arms become more defined.

About half-way through the month, something strange happens. One day, while I’m sitting on a spin bike, getting ready for class, that feeling of embarking on torture for 50 minutes disappears. I’m excited. I look forward to the class. To getting off the bike, covered in sweat, walking outside into the Madrid heat and feeling it evaporate in the air. To going home, to writing, to hanging out at home, making a smoothie …

Then, it isn’t about counting down the days until I can drink again, it is celebrating how long I haven’t drunk and marveling at how easy it has been.

What have I learned about myself the past month?

For starters, I have willpower. When I want set a goal, even if it is hard (like not drinking, eating clean and working out five days a week), I attack it. The people who tell me I have “amazing willpower” make me smile. Part of it is willpower, but more of it is how incredible I feel being so kind to myself.

It’s the first time in, well, ever, I’ve been so incredibly good to myself. I feel energized. I feel strong. I feel … happy.

I’ve also learned I can be social without alcohol. Granted, I don’t really enjoy being around super drunk people and having them ask me the same question repeatedly because they are too drunk to remember they’ve already asked me a billion times, but I can go out. I can sit around as everyone else sips wine and enjoy the refreshing, cold water I drink.

Even better, I’ve learned I can live in Spain and not drink. When I first arrived here, when I told another friend of mine I wanted to stop drinking, she looked at me with shock.

“Um, it’s Spain, that’s impossible,” she had said. “Everyone drinks.”

It basically gave me permission to just go out and get shit-faced. Because Spain.

So, today marks one month of being sober. Am I going to go celebrate with a glass of wine? Or go catch a nice buzz? Nope. I’m going to hop in the shower (because I’m gross from my two-hour workout), make a fruit and veggie drink in my NurtiBullet, and then do some writing.

Will I drink again? Sure. But, after this month of not drinking, I’ve decided it doesn’t need to be as big part of my life anymore. I’m so much happier feeling good. And not hung over. And knowing instead of hurting my body, I’m doing something good for it.

Will I continue to work out like a fiend? Yup. I love it.

As for the pizza … well, I had one slice the other day. Hey, there are some things I just don’t want to give up. 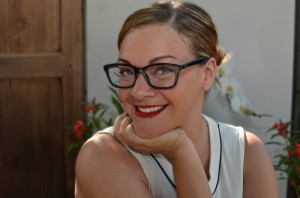